From the Collection February 2018

Curator Heather Gaunt explores the fascination with ‘chance’ music at the Grainger Museum by composers in the 1960s, and the influence of Percy Grainger’s MS Random Round. 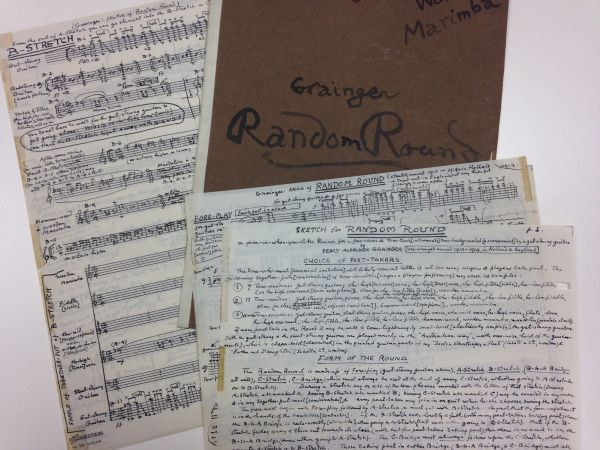 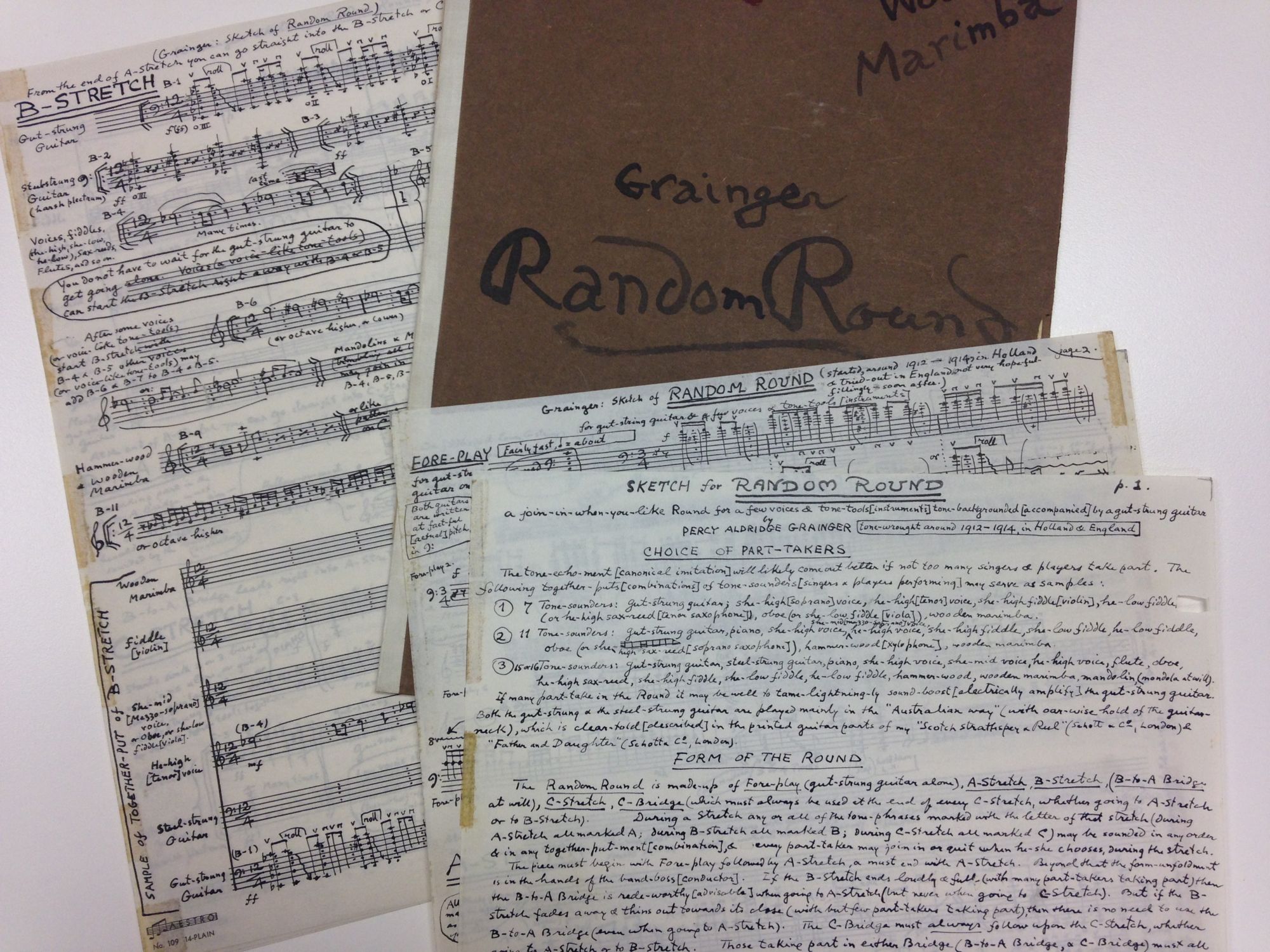 Percy Grainger’s work in what he called ‘Free Music’ in the 1940s and ‘50s forms one of the earliest coherent bodies of musical experiment undertaken by an Australian. The Grainger Museum and its musical and instrument archive was an important source of ideas for Australian experimental composers following in his footsteps. In the decade after Grainger’s death in 1961, composer and University of Melbourne lecturer Keith Humble re-discovered Grainger’s Free Music experiments, and re-presented them to his students and an eager audience of avant-garde musicians.Grainger’s Random Round (1912-14), a highly innovative piece of music that predated the aleatoric, or ‘chance’, music of John Cage and Karlheinz Stockhausen by forty years, was particularly of interest. Ian Bonighton, one of Humble’s students, and part-time Curator of the Grainger Museum from 1970, wrote:“During 1966, during a cataloguing session in the Grainger Museum, a hand-written guitar part bearing the title ‘Random Round’ was discovered. As no work of this name was known to exist an intensive search was begun to find if a complete score had been retained in the museum. Several days later a Photostat copy of the original MS was located. This consisted of eight pages, each 14 1/8 inches by 11 1/8 inches and contained not only the original workings but also several sample versions of the work which had been arranged by the composer some thirty years after the date of composition.”[1] 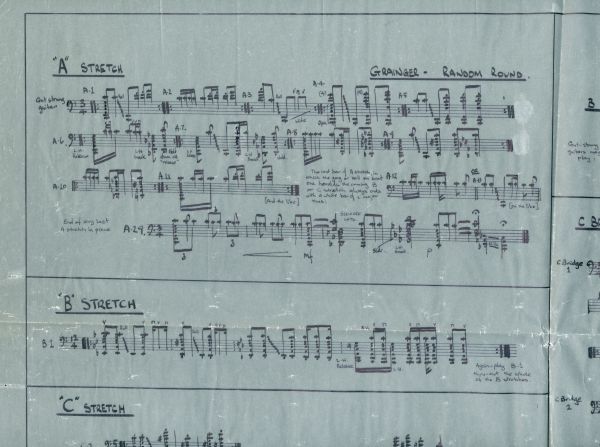 This aleatoric work had great appeal for the experimental musicians at the Grainger in the late 1960s. In the MS Preface to the piece (illustrated), Grainger described the Round as “a join-in-when-you-like Round for a few voice & tone-tools (instruments) tone backgrounded (accompanied) by a gut-string guitar”. Grainger described the effect of Random Round at the first experimental performance in London in 1915, writing that “several of those taking part quickly developed the power of merging themselves into the artistic whole, and…after a little practice together the whole thing took on form, color and clarity.”[2] This effect, where creativity in performance was central to the compositional process and outcome, was closely aligned with Keith Humble’s philosophy. For Humble, repeated improvisations and intuitive group response in performance eventually brought randomness into a new structure, which he called ‘frozen improvisation’.

One of Humble’s first initiatives when he returned to Melbourne from Paris to take up his Lectureship in 1966, was to establish the Society for the Private Performance of New Music (SPPNM). SPPNM members met at the Grainger Museum for monthly ‘performance workshops’, featuring both traditional and contemporary music played, according to Humble, “in a `discovery’ kind of way, with a commitment made individually toward a musical event - a `composition’”.[3] The SPPNM performed Grainger’s Random Round on the 21st May 1967, in a program that included Morton Feldman’s Vertical Thought III, and Edgar Varese’s Density 21.5. Humble later presented Random Round in Paris, to great acclaim: “I had to repeat it twice - everybody thought it was sensational - a terribly, terribly important piece of music”.