From the Collection May 2017

The Grainger Museum Collection does more than just repose on display in the Museum or sit quietly in boxes and on shelves in the offsite Museum Store.

The Collection is actually in constant demand for research, teaching, exhibition loans and performances, activity that Percy Grainger would have found deeply gratifying. Currently away from the Museum for performance is the treasured Hardanger fiddle from the Grainger Collection. The Hardanger fiddle is Norway’s national instrument, the oldest known example of its type emerging from Hardanger in western Norway around 1651.

The Hardanger fiddle was modelled on European fiddle design, but with key differences, the most obvious being the second set of ‘sympathetic’ strings set beneath the four main strings. All strings are thinner than violin strings, with the D string half-overspun with metal in a characteristic spaced out pattern. On the Grainger Hardanger there are 4 main strings and 5 sympathetic strings. The sympathetic strings are not bowed, but rather resonate in sympathy with the main strings, according to the tuning (which was typically the tonic chord of the key of the piece being played). Physically the Hardanger is shorter than a standard fiddle, and has a flatter finger-board and bridge. Like most Hardanger fiddles, the Grainger Hardanger is highly decorated with a carved dragon head on the pegbox, characteristic Norwegian stencilling known as ‘Rosemaling’ around the edges of the instrument, and mother-of-pearl inlay on the fingerboard. 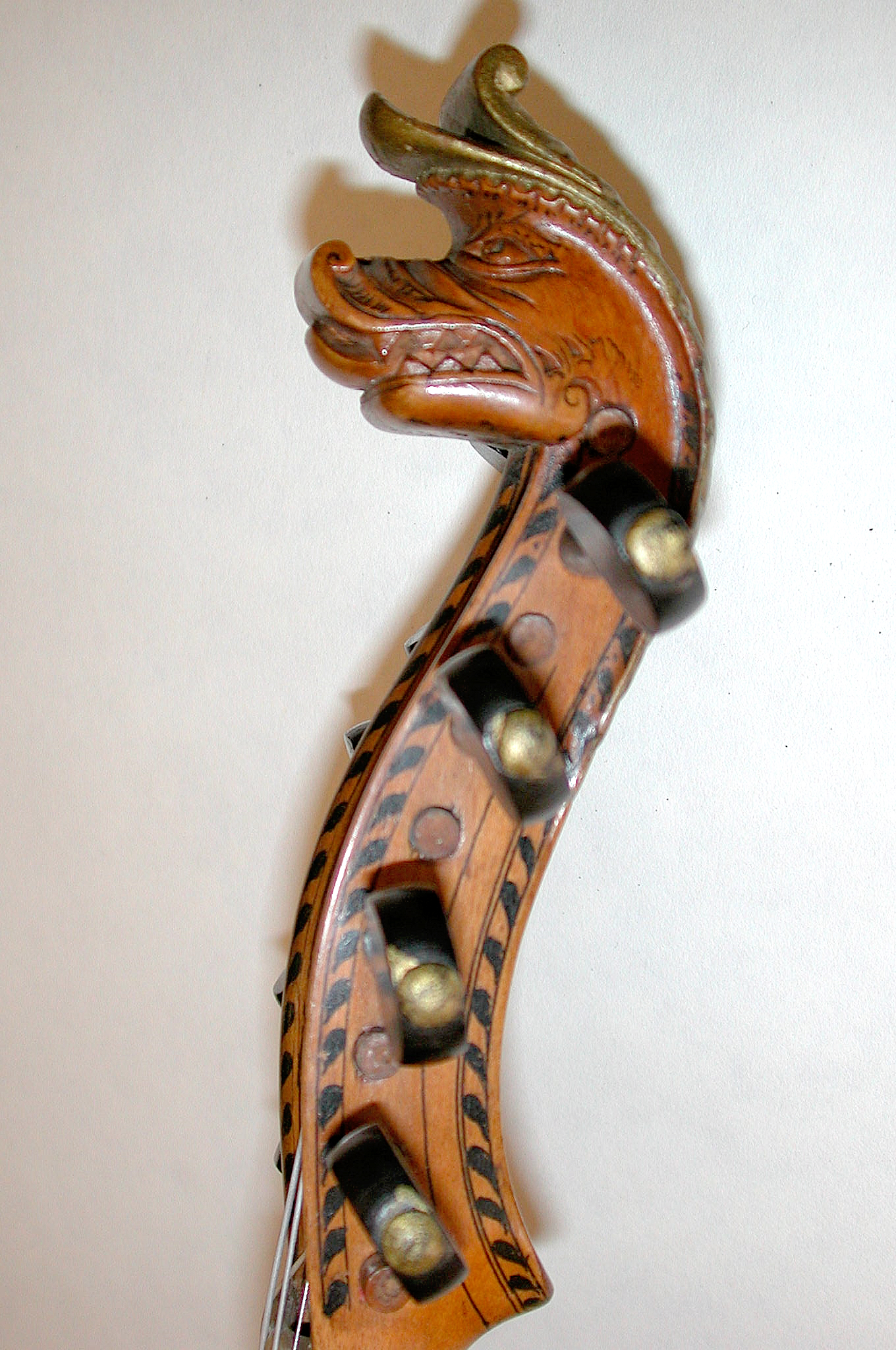 Hardanger fiddle playing remains popular in Norway, having thrived throughout the twentieth century, and many Norwegian composers including Edvard Grieg have utilised it extensively in their compositions inspired by traditional folk music. Grainger was given this Hardanger fiddle by Alfhild Sandby in 1933, having had a long fascination with Norwegian fiddle music.  Grainger loved Grieg's arrangements for piano of folk fiddle-dances in his ops 66 and 72, and frequently played them in his recitals. As Wilfred Mellers has written "Grieg could barely credit that Grainger could play [Grieg's] Slåtter opus 72 as though he were momentarily metamorphosed into a Hardanger folk fiddler…” 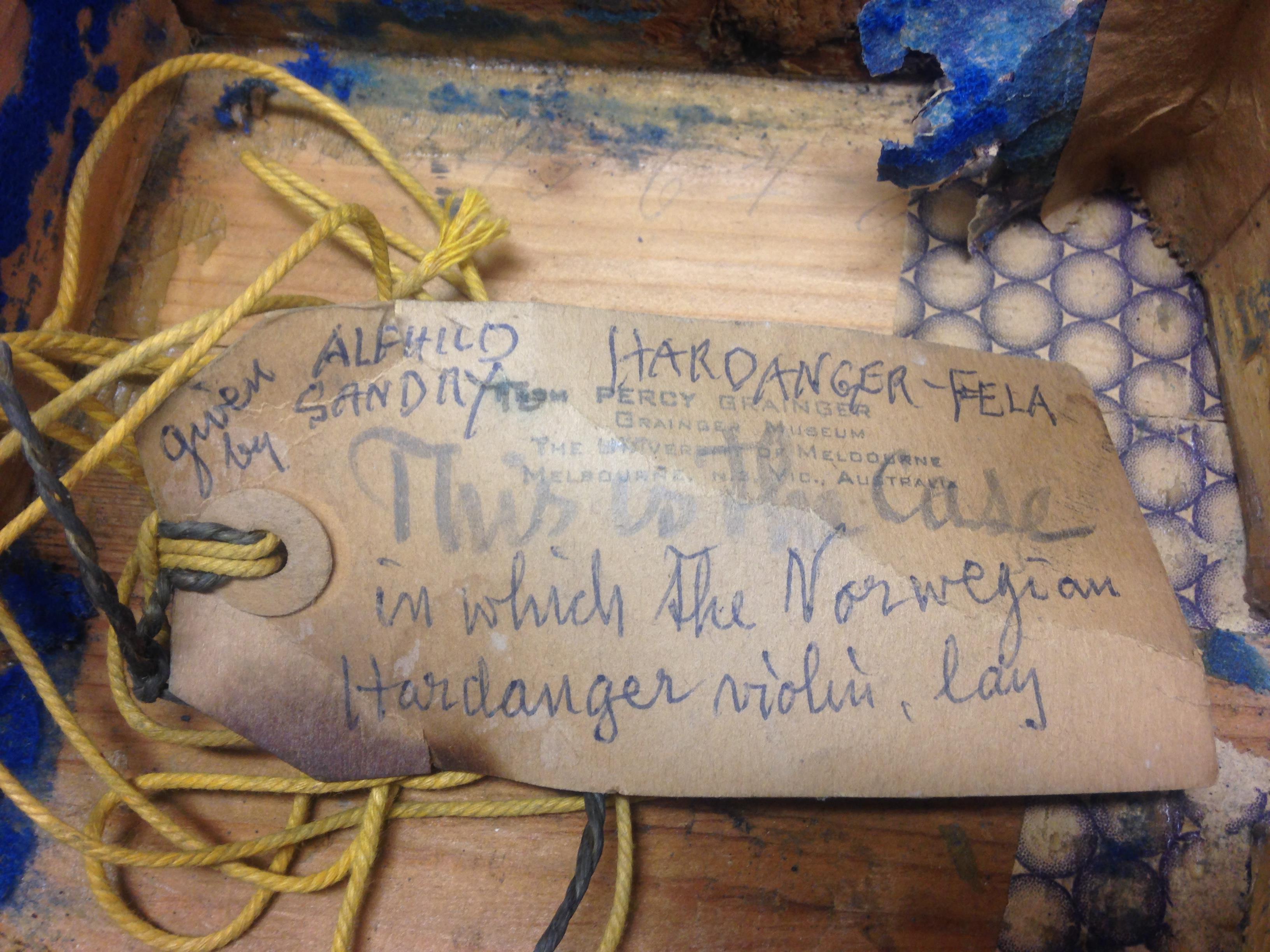 Label in the original wooden case for the Hardanger fiddle

Violinist Jenny Khafagi, from the Syzygy Ensemble is using Grainger’s Hardanger to perform a composition by Australian composer Liza Lim, written specifically for the Norwegian folk fiddle. The piece, titled ‘Philtre’, has been described as ‘a love potion for solo violin’, and it exploits the sympathetic resonances of the additional strings.   The concert will be at the Melbourne Recital Centre on 1 June.