From the Collection July 2019

The Grainger Museum Collection has a rich collection of material relating to the Dolmetsch Family, who were pioneers in early music performance and instrument creation. The Museum contains extensive correspondence between the Dolmetsch family and Percy Grainger, ranging over two decades from the 1930s to 1950s, as well as instruments made in the Dolmetsch instrument workshop, including a Treble Viola da Gamba, an Alto Viol, and three recorders.

Percy Grainger described his friend Arnold Dolmetsch as a ‘genius’ and a ‘musical Confucius’, in an article for the Music Quarterly in 1933.1 In his work as an instrument maker, Arnold Dolmetsch built harpsichords, clavichords, lutes and viols, working in Boston, then Paris, and finally moving to England and settling in Haslemere in 1917. There he established the Haslemere Festival in 1925, founded for the performance of early music on historical instruments. Arnold Dolmetsch donated one of his Alto Viols to the Grainger Museum in 1938, thereby supporting Grainger’s championing of early music as one of the aims of the new museum. 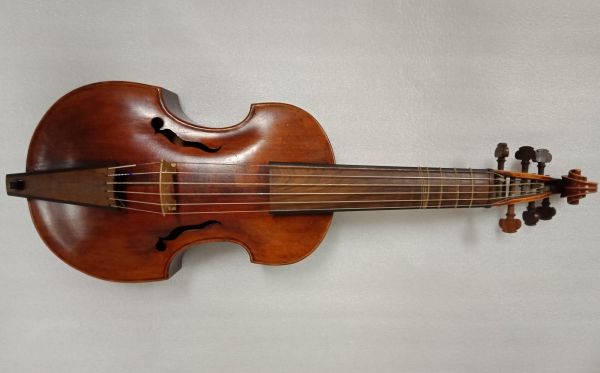 The Dolmetsch family, including Arnold’s wife, Mabel, and his four children, frequently performed together on early instruments. Carl, Arnold’s youngest son, developed a reputation as a recorder player, advocating for the recorder as a serious art-music instrument for both early music and for contemporary music. From 1926, Carl was responsible for the research in, and production of, recorders in the Dolmetsch family instrument workshop. The Grainger Museum has a beautiful set of three recorders made by Carl, including a treble, descant and tenor, housed in a fabulous animal-print lined case. Carl corresponded with Percy Grainger in 1941 about the growth of interest in contemporary recorder music, noting, “It is a splendid thing for the recorder that new works are being written for it, because an instrument which has been well worth reviving and developing on its own merits must have a future literature to turn to as well [as] the masterpieces written in the past”. He urged Grainger to compose for recorder as a solo instrument: “Nothing could be more welcome in this respect now than a chamber concerto for recorder and strings, or a sonata from your pen. I could practically guarantee to get the work broadcast and I feel sure it would arouse very keen interest.”2 Unfortunately for recorder-playing Grainger fans, Grainger did not take up Carl Dolmetsch’s suggestion for a concerto or sonata for recorder. He did, however, write for the recorder in diverse ensemble settings, such as Angelus ad Virginem, experimenting with early music and his trademark ‘elastic scoring’ as part of the English Gothic Music project.3