From the Collection January 2018

The Grainger Museum was a happening place in the late 1960s and early 1970s. Curator Heather Gaunt explores the Ian Bonighton Archive of scores in the Grainger Collection which illustrate the explosion of experimentation in musical composition at the Grainger at that time.

Composer Ian Bonighton (1942-1975) was appointed Curator of the Grainger Museum in 1970, while also working towards his Doctoral Degree in Music Composition (which he attained in 1972), and teaching at the Conservatorium. Bonighton was a student of Keith Humble, Australia’s most innovative composer in the period, who had returned from a decade in Europe with a passion to expose Melbournians to international Avant-garde music. Humble’s installation of electronic music equipment in the Grainger Centre (as it was known at the time) prompted Bonighton to explore the creation of compositions that amalgamated both acoustic and electronic sound.  Sleep (1969), for 16-part choir and tape, was one of the first of these electro-acoustic works. Graphic scores like Sleep use undulating lines, dots, and shapes such as squares and rectangles, sometimes filled with shading or colour, to communicate the new sonic textures. New forms of notation such as these were very challenging for performers, and not well received by traditional instrumentalists. 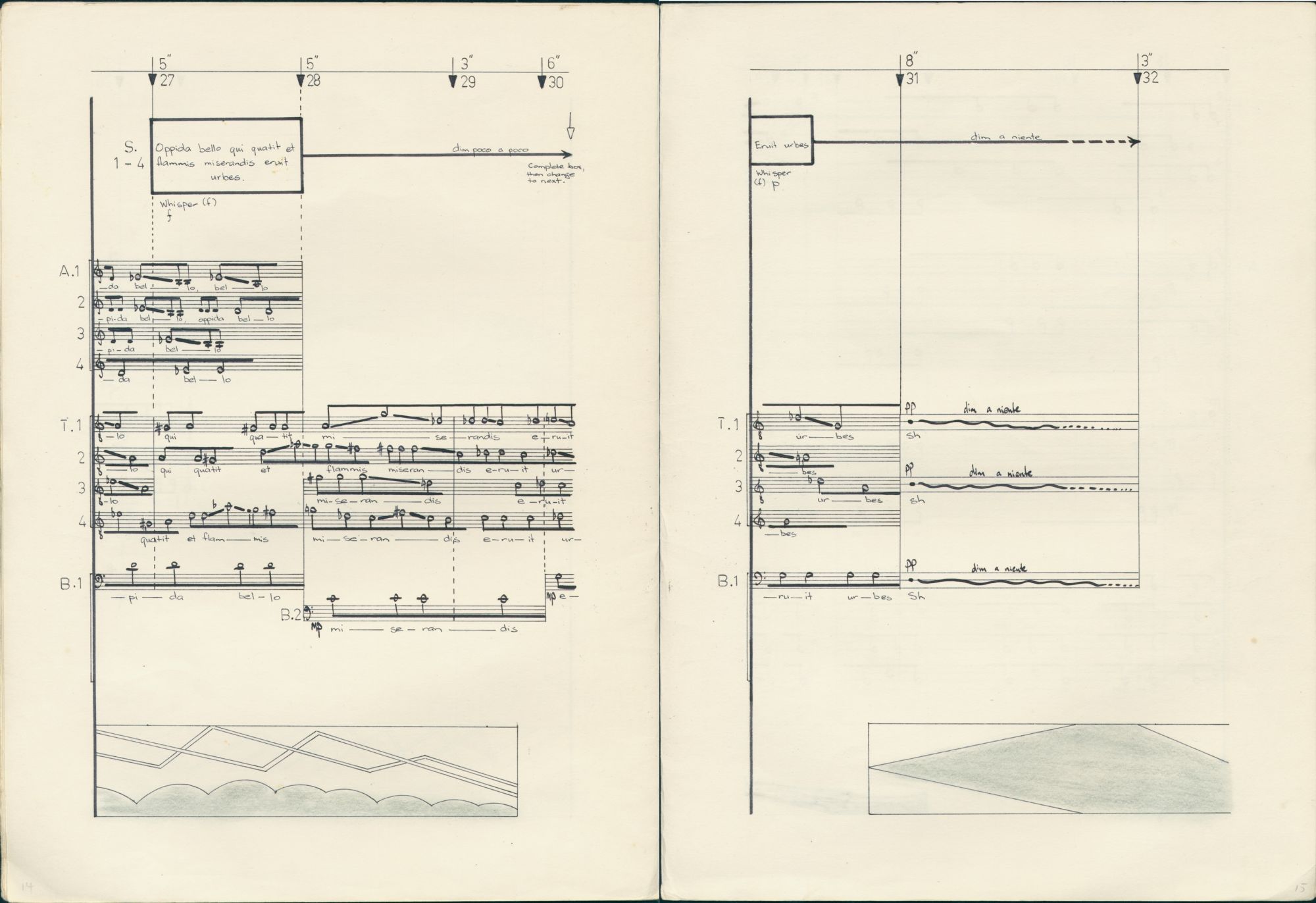 In Nomine was composed for tape, percussion and optional organ, and was first performed in 1973. Bonighton wrote that it was ‘...a piece designed for realisation in a studio with only limited means - one small synthesizer and two 2-track tape recorders’. It was written for performance on a EMS Synthi VCS3 , one of the instruments Bonighton had available in the Grainger Electronic Music Studio in 1969, prior to the installation of the infamous Synthi 100. The score for In Nomine is fascinating. Bonighton has included extensive instructions for the original creation of the 4 electronic parts (Sounds A-D). Notation for the new sounds was a challenge for composers, and archival material such as Bonighton’s score gives rich insights into these early years of electronic experimentation. Bonighton’s Sleep, and In Nomine were recorded and published on the Move label on the LP Sequenza. These scores will be on display in the forthcoming Synthesizers: Sound of the Future exhibition. 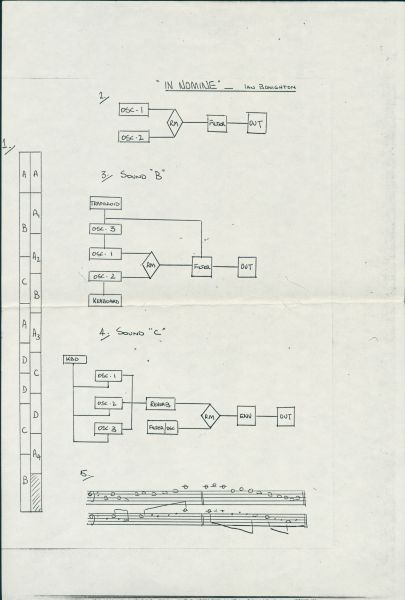 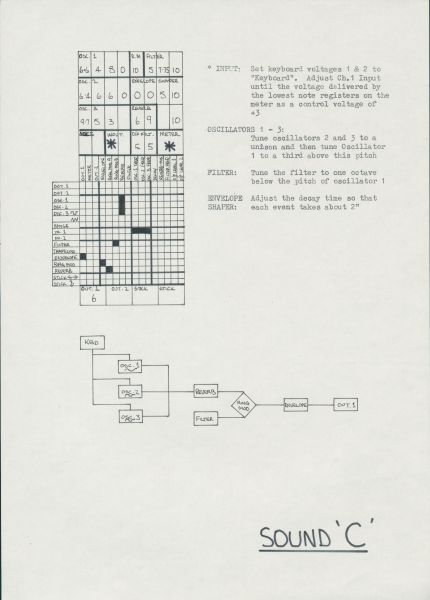