From the Collection December 2017 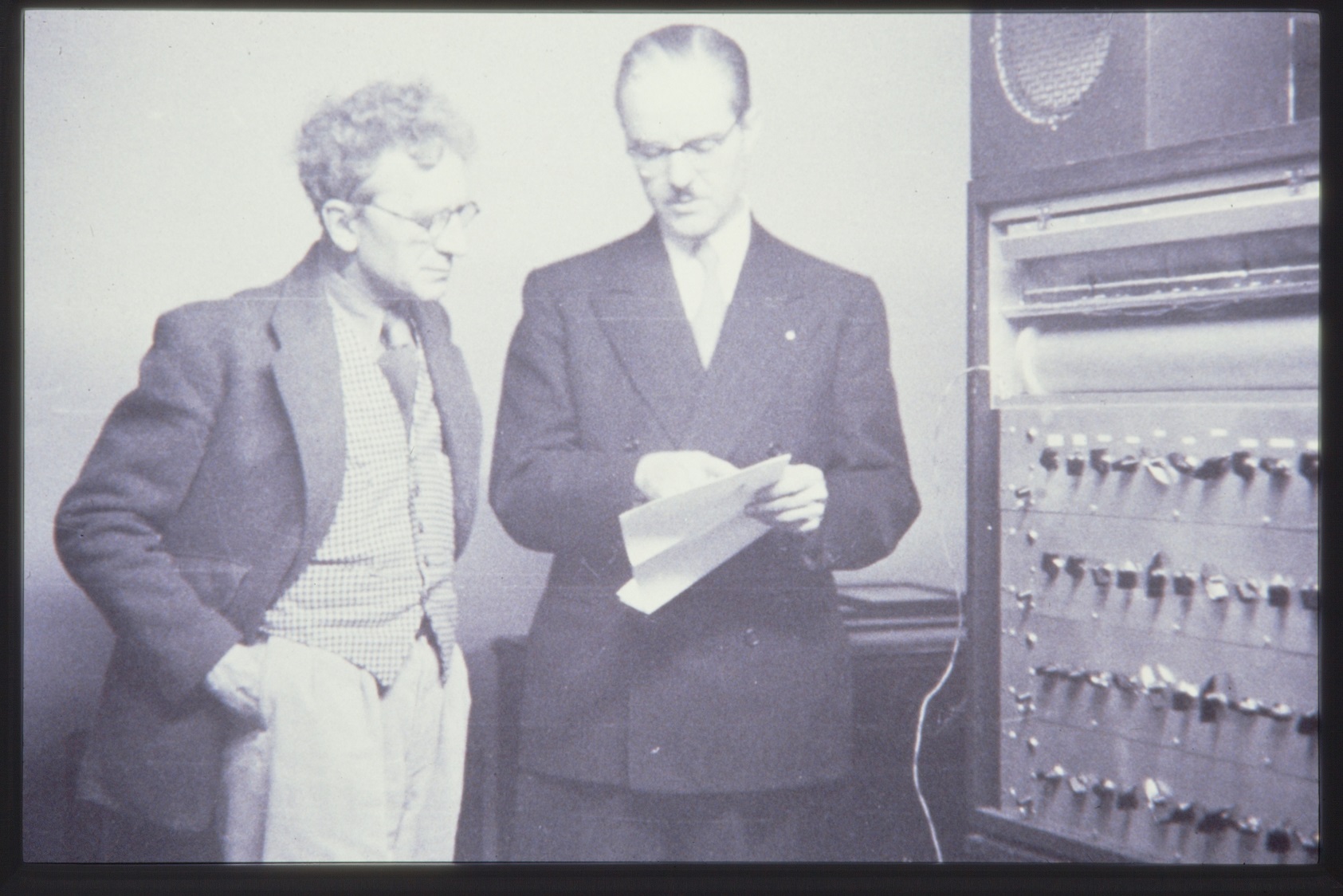 The forthcoming exhibition for 2018, Synthesizers: Sound of the Future, is an opportunity to explore a brief and largely forgotten period in the history of the Grainger Museum. In the late 1960s and early 1970s, the Grainger resonated to the sounds of analogue electronic instruments from the EMS company, as composer Keith Humble, and Grainger curator and fellow composer Ian Bonighton, explored the possibilities of the incredible new sounds produced by these early synthesizers.  These were sounds previously unheard in Melbourne, and the experimentation that was at the heart of the Electronic Music Studio in the Grainger drove a revolution in both composing and listening to music. In the first national gathering for people interested in electronic music, held at the Grainger Museum and the Conservatorium of Music in 1971, one participant observed that ““The function of the composer was going to change to that of a sound architect who would no longer write compositions on a piece of paper but would mould sonic environments”.

All this would have been ‘music to the ears’ of Percy Grainger, who had died a decade earlier. With his Free Music experiments conducted through the 1940s and 1950s, Grainger had also been searching for ways of producing new sonic environments. There is no evidence that he made any connection with the significant experimental work that was happening at the Columbia-Princeton Electronic Music Centre, not far from where he lived at White Plains, New York. However, in the Grainger Museum collection there is a small group of photographs that show him examining the experimental music machine of Dr Earle Kent, an expert in acoustic research who had just completed his PhD in the field at the University of Michigan.  Grainger visited Kent in Elkhart, Indiana, where Kent ran a Research Engineering Department for the Conn Company, to see Kent’s Electronic Music Box. Kent’s machine was an analogue ‘beat frequency’ vacuum tube based synthesiser controlled by a punched paper strip device, similar to the pianola paper reader that Grainger was so familiar with from his own Duo-Art pianola recordings and Free Music experiments. Grainger was apparently unsatisfied with the possibilities of Kent’s machine, which was never commercially produced, and went back to his own experimental process.